OUR STORY & PLACE IN THE REGION

A Partnership 20 Years in the Making

The Urban Design Project (UDP) was founded in 1990 by Professor Robert G. Shibley as part of the School of Architecture and Planning at the University at Buffalo. For more than 20 years UDP was devoted to service, teaching and research in the pursuit of critical practice of urban design. UDP served the Western NY community by bringing faculty and urban design students together with local governments, community-based organizations, and local citizens to expand understanding, not only of the practice of urban design in general, but also about specific places, sites, neighborhoods, and districts in our urban areas, our bi-national region, and beyond. Research conducted through UDP was aimed at making better places and stronger communities.
The Regional Institute (UBRI) (formerly The Institute for Local Governance and Regional Growth) was founded in 1997 by John B. Sheffer, II, a former New York State senator and assemblyman, under the University at Buffalo Law School. For nearly 15 years, UBRI played a vital role in addressing key policy and governance issues with focused analysis of the Buffalo-Niagara region. Leveraging the resources of the university and partnering with the bi-national community, UBRI pursued a wide-range of scholarship and projects to inform regional policymaking, guide investment decisions, and evoke civic debate through independent research, innovative products, and community outreach. UBRI has been dedicated to providing understanding in order to promote regional change—for the better.

From the start, these two separate entities were driven to build a better region.

Throughout our history, our thinking and research has evolved as the Buffalo Niagara region has evolved.
It is this flexibility that is one of our greatest assets—allowing us to both drive change and evolve in response to change.

An Era to Think Differently

Western NY was at a crossroads in the 1990s. It had become evident that decades of sprawl, disinvestment in urban neighborhoods, and population decline had produced dire economic, social, environmental, and land use conditions particularly in the region’s core cities—but with ripple effects on the region as a whole. In as early as 1990, UDP’s projects focused on reversing these trends through groundwork with disparate groups aimed at bringing density back to the urban core.

This placemaking and consensus building work would help shift thinking in the region—setting the stage for how the region would proceed differently over the next 20 years.

Like UDP, UBRI was interested in the economic, social and organizational changes that had had profound impacts on our region. UBRI’s inaugural projects represented a change in thinking for the region. They represented the perspective of a wide range of regional stakeholders working in collaboration like never before, integrated with independent data and analysis that began to identify challenges and opportunities in Western NY.

UBRI’s work represented a broader understanding of what the region looked like, how it operated, and why; and began to break down silos in organizations and in local governments that had prevented collaboration in the past. 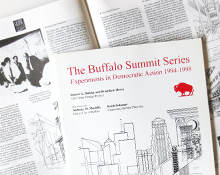 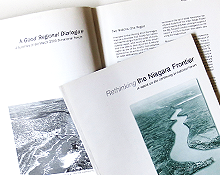 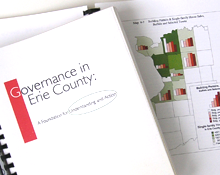 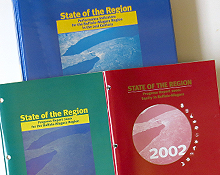 State of the Region

An Era to Effect Change

By 2000, momentum was building toward the vision to transform Buffalo into a strong and modern urban center of the Buffalo-Niagara region. To this end, UDP focused on comprehensive and strategic planning, based on smart growth principles and the region’s unique assets, to guide desired physical change.

To ensure the mistakes of the past were not repeated, the region began to focus on economic and environmental sustainability with UDP playing a key role. And, as major public and private investments developed and new key districts and hubs emerged, UDP helped inform and guide these efforts.

Building upon on a track-record of sound research methodologies and best practices, and the regional knowledge gained and partnerships built through projects in its nascent years, UBRI began to leverage its expertise to pursue a wider range of projects and initiatives.

Drilling down deeper into matters of regional significance such as a shift to a knowledge-based economy, the need for local governments to operate more effectively together, the implications of shifting population demographics, and the significance of our border location, UBRI provided business leaders, local governments and non-profits with the knowledge to frame issues, inform decisions and guide change. 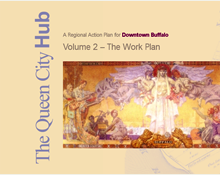 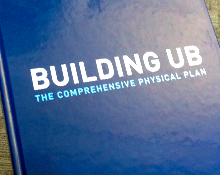 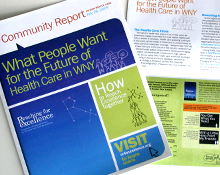 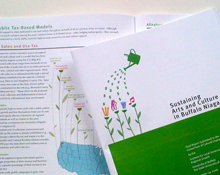 An Era to Transform the Future

The body of work of these once separate organizations represents an emerging vision about a bi-national Buffalo-Niagara region that is increasingly sustainable, better interconnected, more democratic, well-designed, more equitable and prosperous—and is always learning and growing. Today, we work with communities to develop plans, facilitate project implementation, develop public visions, and get citizens involved. We believe the work we, as a joint enterprise, are engaged in today is the result of two decades of progress, and represents a culmination of knowledge that broadly tests the relevance of our learning—today and for the future, for our region and beyond. 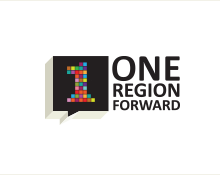 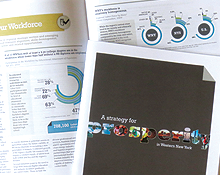 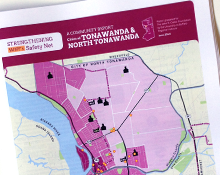 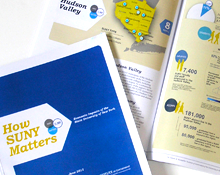 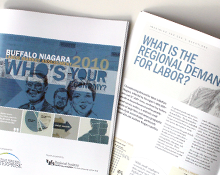 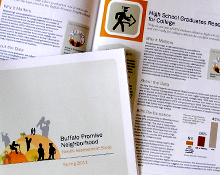 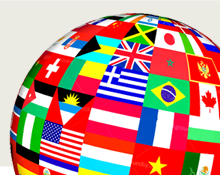 We will continue to do the work we’ve been doing. And we will do it with a more robust team that brings a broader set of skills to the table. Our expertise will be more diverse. The potential to come up with new solutions to old problems will be so much greater.